The Danger Zone of Comparison 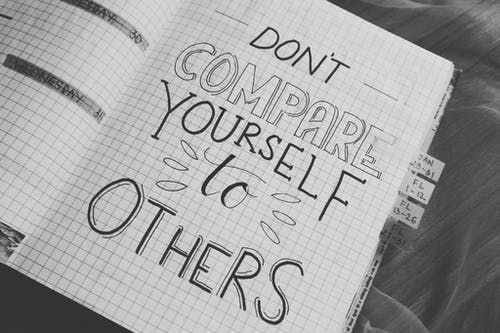 Why do women size up another woman without even thinking about it in a matter of seconds? It is like second nature. The big WHY is because women are secretly comparing themselves to other women. The motive is never in a way to motivate themselves to become a badass like the other woman. It’s mainly in a way to see how they measure up against themselves. It always seems to show up in putting our bodies, efforts, career,  and beauty down or showing how much further in life we should be than we really are. Or, comparison can show up in a way as making ourselves feel inferior to someone else. What is all this comparison REALLY about? Don’t we have enough issues that we are battling just by being women—lower wages, sexism, having to be superwoman, discrimination, pregnancy, and body image criticism. And that is just to name a few.

“Comparison is the thief of joy.”—Theodore Roosevelt.

This quote resonates with me because I have never felt happy after comparing myself to anyone. I felt like I came up short every time. Comparison is a mental torcher that can send us into a negative spiral that can impact our mental health.

A survey conducted by Florida House Experience found that 80% of women said that they compared themselves to images in the media. Most of them found the comparison to be unfavorable. In the same survey, women reported that over time they became less confident about their bodies.

A separate study shows that women ages 18 and 24 reported feeling pressured to look perfect on social media. In addition, 60% of women from all age groups reported not wanting to post photos of themselves unless they loved the way they looked. Guilty.

Although social media is not the cause of mental health problems, it contributes to the distress of faulty thinking patterns. Our thoughts determine how we feel emotionally and physically, while our feelings determine our behavior. Changing our faulty thinking patterns can help close the gap between our actual, ideal, and ought selves, positively influencing our emotions and behaviors.

Professionally and personally, I know all too well the damaging effects of comparing. I have compared my beauty, appearance, accomplishment, or material possessions up against what someone else had. I would be living in an unrealistic world if I thought I would have everything over everyone else. In this comparison game, I believe that every woman has someone they believe is more put together, accomplished, organized, better looking, fit, or whatever better than them is. The whole point is, why does it even have to go to that extreme. Why is it so hard to, instead of comparing, get motivated, compliment, or feel happy for whatever it is that you are comparing yourself within this other person. Why must we dissect ourselves against people who have had a different experience, view, skill, education, trauma, or even job from us?  The only thing that matters is that we are human and on different paths in life. We are all beautiful, talented, intelligent, meaningful, successful, fashionistas, and unique in a way tailored to us and specifically us.

“Never compare your beginning to someone else’s middle”— Jon Acuff.

Meek Mill is quoted in his song, dreams and nightmares, as saying, “was on my grind and now I got what I deserve.” this quote resonates with me due to the depth of the truth in it. We don’t know another person's journey, how long they have been grinding to get to where they are, and basically what their back story is. My notion is If you are comparing yourself to someone else, you are not FOCUSING on yourself and your life enough because if you were, you wouldn’t have time for anything else.

Although social media has been associated with anxiety and depression, social comparison was considered the most powerful association of these conditions. It is reported that social comparison is a form of sociological self-esteem. This is where we derive our sense of self by comparing ourselves with others. We make this comparison with people who we consider worse off or better than us in some way. Is there a gap between your “self” representation, meaning where do you float?

Do you float between your:

~Actual self: (how you really are)

~Ought self: ( how you should be based on society)

The problem with your “self” representation is that if you cannot bridge the gap between the three, this can contribute to dissatisfaction and disappointment. Social media contributes to an unrealistic ideal and ought self.

Unfortunately, comparison can lead to feelings of jealousy, resentment, less than, sadness, worthlessness, undeserving, demoralization, like a loser, victimization, depression, anxiety, unloved, disappointed, unsatisfied, and lonely. All of these negative feelings send us on a desperate hunt for validation. Society has conditioned us to compare ourselves by measuring success or worthiness through social constructs via beauty, age, weight, money, socioeconomic status, marital status, material possessions, education, and job titles. We, as women, are more than those constructs.

“Don’t compare your life to others. There’s no comparison between the sun and the moon. They shine when it’s their time.”—Anonymous.

The moral of the story is we are like apples and oranges—DIFFERENT. Embrace your differences and be who God intended for you to be. You are perfect in His eyes. To overcome comparison, begin to practice self-love. Once you love yourself, there won’t ever be room for comparison. 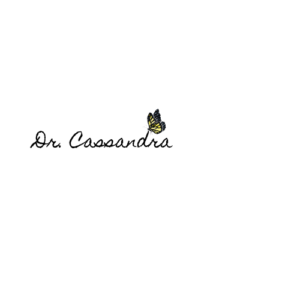