The Undercover Imperfections of a Perfectionist 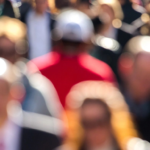 You won’t find perfection in the DSM-5 as a diagnosis, but it sure can leave you on an emotional ride in your life. I had what is referred to as the perfection syndrome; it is this subconscious need to be perfect. The sad thing is that I didn’t realize that I was striving for perfection. All I knew was that I was afraid to make mistakes because it made me feel foolish, ashamed, and stupid. As a teen, I was criticized and judged for all of the so-called “bad” things that I did, so I guess that was how I interpreted it that I needed to be perfect. Most times as an adult when my imperfections would reveal itself, I was that teen all over again. In my subconscious mind, perfection was the way not to be criticized or judged by anyone. At times, this perfection mindset leads to me feeling like I did no wrong. Did I mention that this was subconscious? I never realized that I felt this way and was behaving in such a manner. There have been numerous situations when I’ve felt criticized for not being perfect when I was trying to be imperfect, which made me very defensive of my actions. There are times when I hold back from doing things because I know that comments will be made about it and I am going to feel criticized. I then go into defense mode and a whole conversation takes place about me feeling criticized and then being told that I am misunderstanding what was conveyed.

The subconscious or conscious need to be perfect is dangerous to the heart, soul, mind, and emotional and physical well-being. Realistically, there is not one single human being walking this earth that is perfect, so to try to live up to such a tall order is absurd. In Dr. Brené Brown’s book, The Gifts of Imperfection, she talked about perfectionism being about earning approval and acceptance and how we believe that we are what we accomplish and/or what others think. When I read this, I couldn’t help but to think she had knew something about my life. I guess I had been criticized so much that I started to seek approval from others as a way to validate what I was doing or my character. I would always be so happy to share what I was doing or my ideas to only be met by someone’s opinions of what they thought I should be doing or a sly remarks such as “I am only playing devils advocate,” when they wanted to show how bad this idea can go. The sad part in this is that I would take these people’s words to heart. This lead to thinking what other people were thinking without knowing what they were thinking. In my mind, whatever they were thinking had to be criticism and judgment, right!