There is Only One Way to Fail—Fail Forward 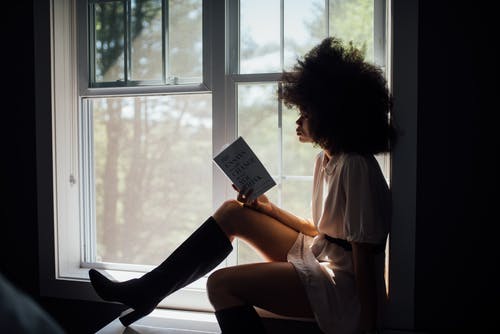 I know most of you are thinking, “is she crazy telling us to fail.” I am not telling you to fail; I am simply telling you that failure is a part of life’s process, but here is the major key to failure. IT’S WHAT YOU DO WITH IT THAT MAKES ALL OF THE DIFFERENCE. If you dwell on it and walk around feeling sorry for yourself, it will co-sign with your negative thoughts. But, if you consider asking yourself these questions, you will get much more out of the experience.

“It is impossible to live without failing at something unless you live so cautiously that you might as well not have lived at all in which case, you failed by default.” —J.K. Rowlings

“Don’t worry about failures, worry about the chances you miss when you don’t even try.”—Jack Canfield

Think about your first encounter with failure, whether it was when you were scolded for failing a grade, not getting that girl or guy you liked, or the first dish you tried to cook that didn’t turn out right; it didn’t stop you from ever cooking again, dating, or attending school. However, what usually happens is we let failure mount to a ball of fear and become this bad thing that debilitates us, and we will do any and everything to avoid it. As you move forward, make a shift in how you see failure. According to Jack Canfield, failure is a perception. Failure is in the eye of the beholder and it is a learning experience. Failure is not the opposite of success but the road to it. It is an indication that you are making progress. Think about it, why is it that we can prepare for success and not a failure when both have an equal chance of happening.  The majority of life is on-the-job training, meaning you can only learn in the process of doing it.

Amelia Earhart’s plane crashed during take-off because the plane's weight and the crew were too heavy. This was a pivotal learning experience because that information let us know that the plane's weight matters, especially in times of take-off. The key here is that she didn’t allow that experience to stop her from pushing forward.

Three record labels dropped Katy Perry before she was signed by the fourth record label. It took her nine years to break into the music industry. In both cases, these ladies didn’t fail—they failed forward.

Here’s what to consider before you begin your journey:

~clearly define your idea of success: sometimes our ideas about success are murky and we can’t walk a straight path if we can’t see it.

~stay focused and keep your eyes on the prize: don’t get distracted with an easier way to something or what seems to now be a more accessible career choice. This will only delay the process.

~trust the process and be patient: move away from the microwave mentally and stop looking for instant gratification. If you trust the process, you will have what you desire.

In 2017, I was laid off from my job. I didn’t see this coming. I repeatedly told myself that I needed to leave that job to start a business, so God granted my wish. I quickly realized that I wasn’t prepared to start a business as I thought. Truthfully, I believe that the obstacles that I endured was God’s way of nudging me in the direction of starting my business. Many things occurred that was preparing me so that I would be ready for the challenges of running a business. So, I don’t consider my layoff as a failure; it was a stepping stone to the next level.  If you look at the people who have become successful in life, you will see that it was the time during their obstacles or turmoil that they excelled. Use your obstacles as a way to excel, and it is then you will find your success. So, fail, but fail forward—I know that I did.